What’s the Difference Between Gophers and Moles?

What’s the Difference Between Gophers and Moles?
Posted on April 21st, 2020 by Killers-admin 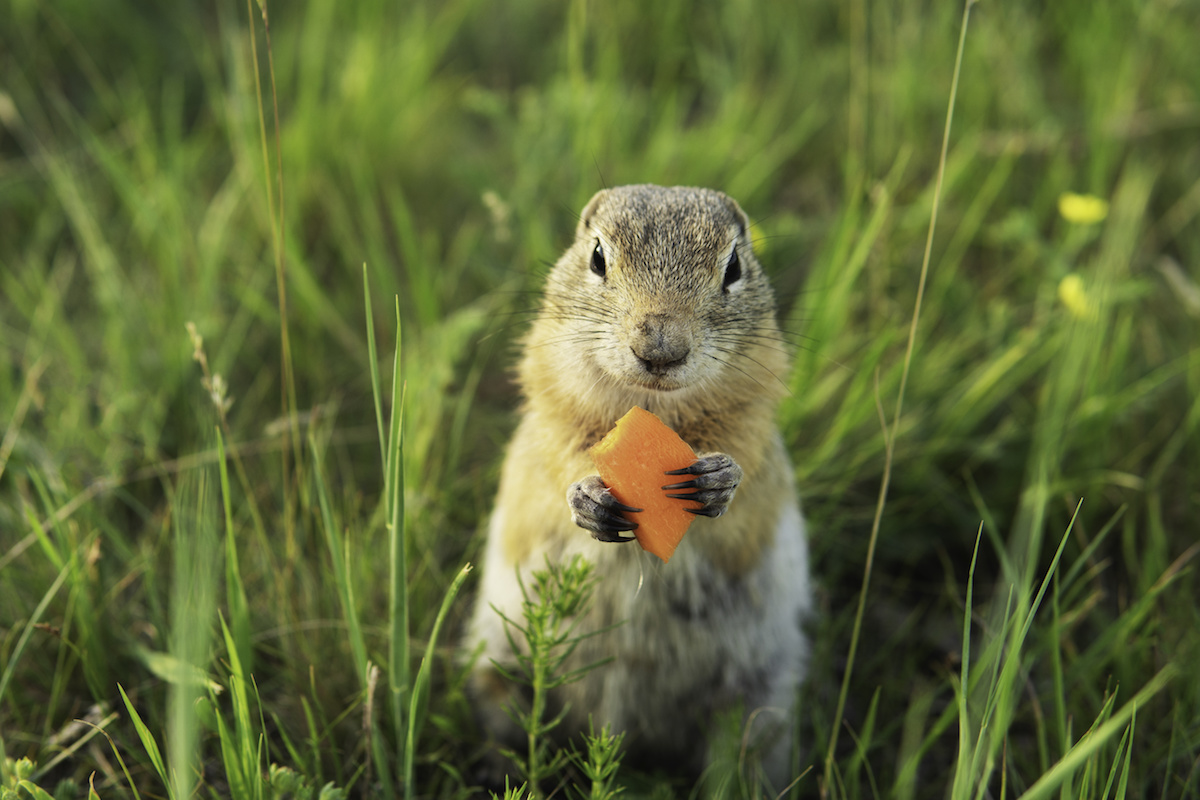 How to Tell if You Have a Gopher or Mole Infestation

The weather here in Portland has been beautiful over the last couple of weeks, and with so many people at home due to Governor Kate Brown’s “Stay Home, Save Lives” order, yardwork is a great way to keep busy. Both gophers and moles create unsightly mounds of dirt in your grass, but how can you tell which one is wrecking the lawn?

The Difference Between Gophers and Moles

While gophers and moles are both rodents, they differ in quite a few essential ways:

Gophers are mid-sized rodents, and the most common type of gopher found here in Portland is the pocket gopher. Pocket gophers can range in length from 5 to 14 inches. The rodents get their name from their cheek pouches, which they use to transport food. Pocket gophers can close their lips behind their teeth, which allows them to loosen soil and burrow without getting dirt in their mouths. Their incisors are nearly always visible, which is an excellent way to differentiate them.

Moles, on the other hand, are members of the shrew family. Instead of using their teeth to burrow underground, they use their paws. Moles are typically smaller than gophers, measuring in at just six to eight inches long. The best way to visually distinguish between a mole and a gopher is to look at their snout. A mole’s nose is pointed and hairless. Moles have small eyes and ear canals that are covered by their fur. Their paws are large and broad, and they have webbed toes on their front legs. Their hind paws are more narrow, and their claws are more slender than that of their front hands.

What Do Moles and Gophers Eat?

One of the main differences between moles and gophers is what they eat. You won’t find a mole eating treats from your vegetable garden as moles mainly eat insects. However, gophers love plants and find tuberous vegetables, such as carrots and potatoes, especially delicious. While moles may not eat the plants in your garden, their tunnels can cause a lot of damage.

What’s the Difference Between Gopher Holes and Mole Holes?

Gophers and moles, due to their fossorial nature, are hard to spot. They spend most of their time underground. However, you don’t have to see the animal in the flesh to tell which critter is in the yard. Mole holes and gopher holes differ quite a bit visually. 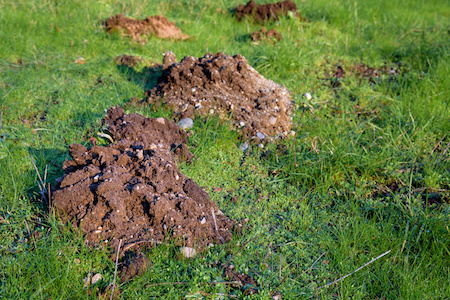 If you have gopher holes in your yard, they’ll likely have the following features: 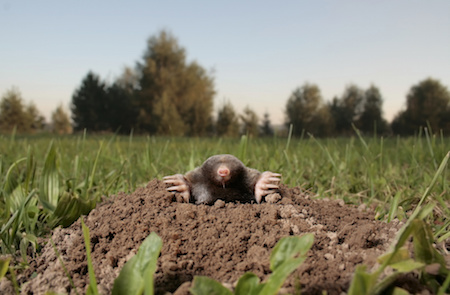 Mole hills are distinguishable by their cone shape.

If you have mole holes, they’ll likely feature the following:

More Differences Between Gophers and Moles

Another way to distinguish between gophers and moles, mainly if you haven’t laid eyes on the pesky creatures, is to pay attention to the surface of your lawn or the actual tunnels (once you discover them).

Mole tunneling systems are typically between 16 and 18 inches deep, but you can spot ridges in the grass where the mole comes up for feeding. Mole tunnels are also less than two inches in diameter on average. Moles are also active year-round.

Gopher tunnel systems are more shallow than that of mole tunnels. The average gopher tunnel is more than two inches in diameter, and you can spot gopher activity without spotting a hole by paying attention to the drainage of your lawn. Gopher tunnel systems damage the integrity of the soil under your garden and can result in flooded areas in the yard.

How To Get Rid of Gophers and Moles

Owls, cats, and snakes naturally prey on gophers and moles. While having a neighborhood feral cat may help reduce gopher or mole activity in your yard, it’s not a complete solution.

One way to keep gophers and moles out of your yard is to build a barrier. However, a couple of challenges present themselves with this method. For example, you have to construct the barrier so that it’s deep enough in the earth that moles or gophers can’t go under it. You also have to build the wall tall enough so that moles and gophers can’t go over it. This type of barrier can be expensive and time-consuming to create.

How Can The Killers Help You?

If you’ve been trying to get yard work done and noticed gopher holes or mole mounds in your grass, it’s time to call us here at The Killers. We can rid your yard of gophers and moles, and we are operating by all CDC-recommended guidelines as an “essential business.” Call today to get started!

Learn More Today
WHY IS PEST CONTROL CONSIDERED AN ESSENTIAL SERVICE?
|
What To Know About Termites in Portland