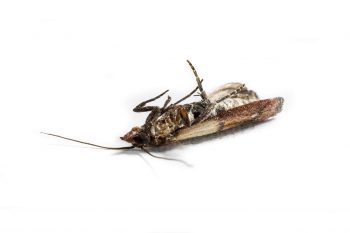 Common Winged Pests in the Northwest

First of all, let’s be grateful that pest problems are not that bad in Portland. We don’t have crazed ant populations plowing through the innards of our electronics, poisonous scorpions aren’t scurrying across our kitchen floors, and bug-transmitted diseases are much lower here than other parts of the country. In fact, our distinctive evergreen trees are under more threat from invasive bugs than are people. But as far as winged things we can control in our homes – such as pantry and clothes moths and mosquitoes, it’s good to start with prevention.

Few homeowners know how to deal with moths until it’s too late. Pulling that beautiful Pendelton Wool blanket down from the closet and discovering that it’s been used for a meal is both alarming and expensive. Certain varieties of moths are also fond of invading pantries. Particularly cabinets full of baking goods. Poorly sealed bags of flour or grain-based foods are an ideal place for moths to lay eggs, so prevent an infestation by placing flour, dry pet food, and other grains in a Zip-Lock bag or sealable container. If moths are already present, don’t remove them and continue to use the food product, it’s likely larvae are buried beneath the surface, and though they’re not poisonous, the “ick factor” is pretty high here. Just throw out the infested food and pick up a replacement on the next grocery trip.

As far as prevention, there are a number of creative ways to both get rid of and prevent moths from making a home in your cupboards. The consensus is to:

For the most part, mosquitoes disappear during fall and winter, which means we only really have to worry about them for three or four months of the year. And though not as prevalent in homes as they are in natural areas, a mosquito bite nowadays can have serious health implications, especially for active Portlanders who frequently like to venture into the woods.

A mosquito bite can mean the potential for West Nile Virus, and with four confirmed cases around the state, this disease is no longer “someone else’s problem.” And though the number of confirmed cases in Oregon isn’t alarming now, the nature of viruses means that this number can skyrocket from four to forty within a relatively short period. Preventing bites is the simplest way to keep infected mosquitoes from sharing West Nile with us.

The Multnomah County Vector Control suggests keeping away from standing water or removing anything that holds still water near your home. This can be pet water bowls, buckets, rain barrels, landscaping ponds, or watering cans. Individual efforts depend on the scale of the problem and can involve anything from applying mosquito repellents to the skin or calling a Portland pest control service that specializes in a variety of removal techniques.