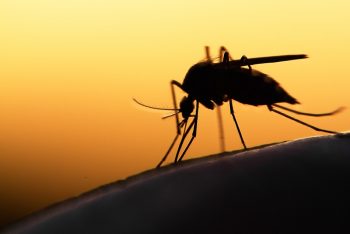 All About the Most Common House Pests in the Northwest

Are sugar ants on an eternal scavenger hunt in your kitchen? Does your cat proudly drop a fuzzy gray “present” with a long, ugly tail on your front porch every summer? You’re not alone! No matter if you live in a mansion in the West Hills or a crumbling basement apartment next to a rowdy bar on Columbia Boulevard, thousands of residents deal with pests in Portland year-round.

And though pests are always annoying, at least most of ours aren’t dangerous. No scorpions, rattlesnakes, tsetse flies, or deadly spiders in the Northwest, thank goodness! But mosquitos and other bugs in the area can carry diseases and with increases in international travel, population growth, and warmer temperatures come corresponding increases in transmitted diseases. The best place to start in protecting yourself from bites and home infestations is to know how these common pests behave, where they like to hang out, and what attracts them.

So, what are the most common pests in Portland?

There are more specific varieties of each, but these are the culprits as they are most commonly known:

Ants: Your Kitchen is Basically a Picnic

Pharaoh Ants, Odorous Ants (Sugar Ants), and Moisture Ants are pretty common in Portland homes. Odorous ants are those little black things that seem to be active no matter the season. Their bodies are small and black and they travel in a line from tiny holes in caulking and grout. Fortunately, they don’t bite, fly, or make a mess, so as long as you keep food tightly sealed and set some traps around the house periodically, they shouldn’t become a nuisance.

Keeping mosquitos out of the house is somewhat of a no-brainer, but we still manage to unintentionally invite them in every summer. As we well know, keeping doors and windows closed and removing pools of stagnant water are the first steps to keeping winged bugs outside where they belong. But fresh air is a necessity, so before opening the house up for a nice cross-breeze, invest in some window screens. For extra protection, hang a sticky trap somewhere inconspicuous on the exterior of the house.

Spiders are gross and scary, yes. But most Portlanders are fortunate enough to never have to deal with the poisonous variety. Though black widows are venomous and have been seen around the city, they’re not very common. Spiders are fairly uninterested in humans since most varieties around here lack the ability to bite flat surfaces. Aside from sealing tiny holes in your home’s interior, setting sticky traps, and removing live ones, spider infestation problems are best solved by professional exterminators.

Moths in the cloths

Portlanders love wool clothing because it performs well in cold, wet climates. But guess who else loves it? Moths! More specifically, their larvae love wool and any animal fiber that contains keratin. Momma moths like to deposit their eggs onto these materials, and it’s actually the babies who eat holes through the fabric. So be sure to send those stored-away wool blankets, cashmere sweaters, and silk shirts to the cleaners on a regular basis to avoid a major moth outbreak.

Rats are attracted to all the same food, water, and shelter as humans. However, they are the undisputed beneficiaries in the relationship. Where there is food waste, there will most likely be rats. And in a densely populated city, it’s nearly impossible to eradicate thriving rodent populations while still maintaining business as usual. Rats in residential neighborhoods are a bit easier to control than, say, downtown commercial districts with loads of restaurants. If there’s a rat problem near your home, follow the Disneyland model and adopt some feral kitties to naturally control the rat population.

If your common pest problem persists, call a Portland pest control service. Professional exterminators tend to do a better job of removal, cleanup, and prevention for the long term.