11 Surprising Facts About Ants
Posted on August 14th, 2018 by Killers-admin 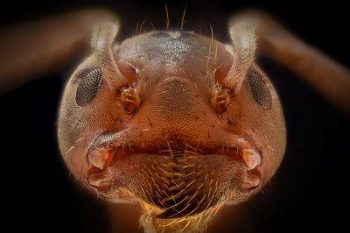 Even though we’re in the ant removal business, we think that ants are more of an annoyance than a pest. That said, it all depends on which country you reside in as some ants pack an awful bite. There are over 10,000 well-known species discovered around the world and have been the topic of many television shows and films.

They’re truly interesting insects. Below, we list 11 facts about ants which definitely will change your mind!

They’re extremely strong. They’re able to carry from 10 to 50 times their own body mass! The quantity an ant may carry depends upon the species. For example, the Asian weaver ant may lift 100 x its own weight.

Why are ants strong?

Believe it or not, this incredible strength is a result of their tiny size. A report by the Arizona State University says that due to their tiny size, the muscles of ants have a higher cross-sectional area that is relative to the size of their body, as compared with bigger animals. It means they’re able to produce more force.

2. Ants do not have lungs

Because of their tiny size, ants do not have the room to accommodate a complicated respiratory system like ours. They have their own methods of respiration instead that helps transport oxygen across their bodies.

How do Ants breathe?

They breathe oxygen in through spiracles that are a sequence of holes situated around their body’s sides.

These spiracles are attached via a network of tubes that assist in distributing the oxygen to almost all cells inside their body.

Ant’s movement helps the oxygen circulate throughout the tubes, with the released carbon dioxide also leaving through the said tubes.

3. Ants do not have ears 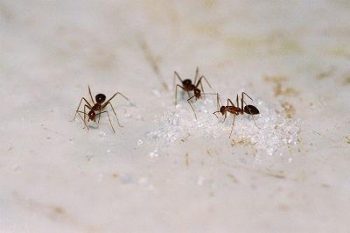 They “listen” by sensing vibrations from the ground via their feet, and eye-less ones like driver ants are able to communicate through the use of their antennae.

In addition, they may send chemical signals that are released through their body that send messages to other ant specimens. Ants send warnings out when danger is near, leave trails of pheromones that lead to food and even utilize them to attract mates.

Unlike additional common pests like rats, ants do not have ears. However, that does not mean they’re deaf.

How do they hear?

They use vibrations for hearing, using it while foraging for food sources or as an alarm signal. Ants utilize the vibrations inside the ground to hear sounds by picking them up inside the subgenual organ that’s situated under the knee.

4. In the world, there are a ton of ants

When using the phrase “a ton,” it’s an understatement while describing the quantity of ants in existence. To place things into perspective, it’s estimated that there are about one million ants for every one human being in the world.

They’ve virtually conquered the whole world. With the exception of the Arctic, Antarctica, and a few islands, there are at least 1 native species discovered on each continent.

According to entomologist Ted Schultz, the ants that are present around the world are “arguably the best success story within the history of terrestrial metazoa.

5. Some species are Asexual

Instead of going down the traditional path of reproduction, some Amazonian species have taken to reproduce through cloning. It’s reported that the queen ants duplicate themselves to genetically generate daughters, which results in a colony without males.

You might be wondering “what?!”. However, it is true, besides human beings, ants are the only insects which are going to farm other insects.

Just like humans raise sheep, cows, chicken, pigs, and fish to obtain food, ants do the same with other creatures. The most typical occurrence of that is with aphids.

They’ll protect aphids from predators and shelter them inside their nests from heavy rainfall to gain a steady honeydew supply.

That is right! They have two stomachs, and it isn’t because they’re greedy. One stomach is for holding food sources for their own intake, while the second stomach is to hold food sources to be shared with others.

The process is referred to as trophallaxis and permits a colony to work efficiently. It permits for the ants who hunt for food to feed the ones which remain behind and tend to the tasks of the nest and the queen. 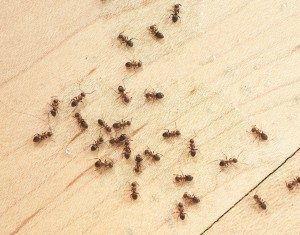 Not every ant is able to swim, it all depends on the species. Ants have not mastered the breaststroke or butterfly stroke; however, they are able to survive in water by utilizing their own version of the doggy paddle, and also can float for long time periods.

Ants are incredible survivors. Not only are they able to hold their breath underwater for long time periods, they also will build lifeboats, so they can survive floods.

9. Some ant species are slave-makers

It might sound unusual yet hear me out. Some ant species, like the Polyergus Lucidus are well-known as slave-making ants. They’ll invade neighboring colonies, capturing the inhabitants and force them to work for them, a process known as slave raiding.

Slave-making specimens are specialized to parasite one species or group of associated species which often are their close relatives. The captured ones work like they were in their very own colony, whereas the slave-making ones only will focus on replenishing their labor force.

10. They’re as old as dinosaurs

A Florida State and Harvard University study found that ants originally increased within the Cretaceous period about 130 million years ago! They’ve survived the ice age and the Cretaceous-Tertiary that killed the dinosaurs.

11. The largest nest ever discovered was more than 3,700 miles wide

Found in 2000 in Argentina, the massive colony was home to 33 ant populations that merged into a single gigantic super colony that had billions of workers and millions of nests!

For more information about our ant removal services contact The Killers today!