The Top 3 Most Common Garden Pests In The Pacific Northwest

The Top 3 Most Common Garden Pests In The Pacific Northwest
Posted on June 4th, 2018 by Killers-admin 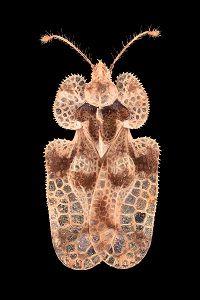 The Pacific Northwest is blessed with one of the best climates anywhere on earth for gardening. Sure, half the year is inaccessible due to cold and rain, but it’s those cyclical conditions that make gardening so bountiful when in season. The circumstances that lead to rich gardens that people love, however, also lead to the kind of gardens that bugs are most fond of.

If you’ve spent any amount of time in the garden, you know that insects, mites and other pests can reek havoc on everything that grows and undo all of the work you’ve put in. It’s disheartening to see flowers or backyard produce be eaten-up or lived in by an intruder, instead of being enjoyed by you.

Today’s article will tell you what the three most common garden pests are and how to combat them. As you’ll find out, pest control isn’t all about spraying chemicals. With just a little knowledge and preparation, you can make sure your garden gets the chance to live up to its full potential. 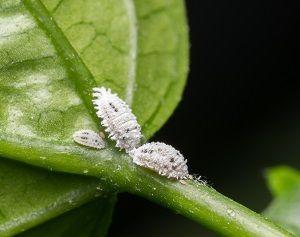 Mealybugs are an insect that most people have crossed paths with at one time or another. Most of the time, these guys are found on houseplants but will take up residence on just about any plant with the right conditions.

Their cotton-like coating is unmistakable and the damage they cause to plants is hard to ignore. Droopy, discoloured and yellowing leaves are most often the signs that mealybugs are going to work on your plants. 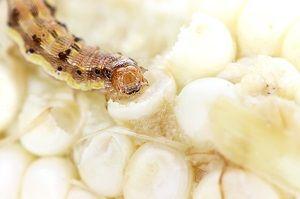 One insect that’s surprising in the level of damage it can produce by itself is the unassuming caterpillar. Most people know that caterpillars enjoy eating leaves but what they don’t know, is that they also enjoy eating vegetables as well.

The corn earworm, in particular, causes more than $100 million in agricultural damage every year, including the damage to your backyard garden. Despite what the name would suggest, the corn earworm doesn’t only focus on corn.

As most everyone knows, caterpillars are the larvae of butterflies and moths. In the case of the corn earworm, it rampages gardens during its pre-moth stage and has been combatted by farmers for so long that it’s resistant to all but the harshest pesticides.

Not to be confused with lace wings, lace bugs survive by sucking plants dry of the chlorophyll inside.

If you’ve ever seen your plant turn white, that’s generally a sign that lace bugs have gone to work on it from the inside out, and the plant won’t be making a comeback.

The Trick To Avoiding a Garden Overrun by Pests

According to the experts, there are a few things to keep in mind when trying to maintain -and grow- a personal garden. These are the things that will give anybody a fighting chance at a productive garden that’s sustainable for the long term. 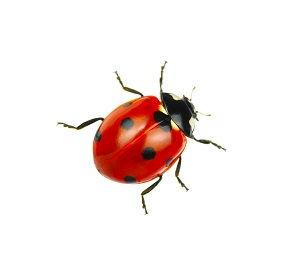 Just like birds of prey, there are bugs that need live prey to eat. And that prey, conveniently, is most often the very pests that cause the most damage to a garden. So instead of worrying about keeping a garden that’s devoid of all life but your flowers, go for one that allows the “good bugs” to survive. That means keeping some pests alive as a food source is the easiest way to go.

Your garden is like any other biome. If it consists of the same species, it’s easy for something to run it out of existence. The reason why is because pests reproduce at a much faster rate than anything in your garden does and therefore are able to overrun any garden by sheer numbers alone – if left unchecked.

To keep their numbers to a minimum, vary the selection of specific plants and produce that are in your garden. Ultimately, this will ensure a limited food supply for invasive pests but more importantly, will make managing them easier to accomplish.

We know better than anyone that there’s a time and a place for heavy-duty pest control matters. But when it comes to your garden, it’s generally best to maximize the use of conservative measures. The reason for that can’t be understated.

Pesticides do have their use, but only in extreme, strategic and precise application. Almost always, if there’s an option that won’t also harm the plants, good insects, and the humans and pets that go near them — you want to use that option.

Beneficial Bugs With a Knack For Pest Control

As mentioned above, it’s a good idea to keep a few of the good-guy bugs around to moderate the more destructive pests. While you don’t want any species getting out of control (balance is key), there are some “necessary evils” that will help your garden succeed–as long as you help them succeed.

While the praying mantis or the ladybug are well-known to gardeners for their natural pest control properties, there are a few whose value isn’t so obvious. 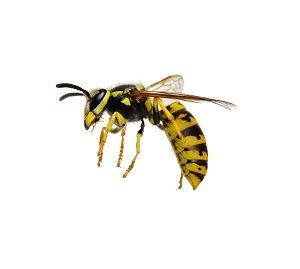 If you’ve ever been stung by a wasp you’ve likely found yourself asking “Why?” Why do wasps exist on the food chain? Compared to bees, wasps don’t pollinate and all they seem known for is their sting, and the fear of that sting.

But as it happens, wasps do have a purpose beyond torment, they’re a natural counterpunch to the corn earwom we discussed above. And wasps don’t hunt the earworm, they plant their eggs inside the larvae and kill it from within. How they find the caterpillars is equally interesting.

Because the caterpillars are synonymous with the chewed-through leaves and vegetation, the wasps have learned to identify damaged plants and locate the pupa which is never too far away. 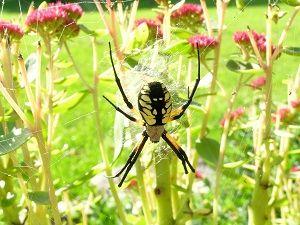 Another surprising garden companion is one insect that just about everybody jumps at – spiders. There’s a lot to dislike about spiders, they do bite, some are poisonous and they always seem to string a web perfectly at face-level.

But one thing they do not do, is eat plants. The reason why they may be encountered in the garden is because they’re hunting other pests like aphids and various kinds of worms, hoppers and even mites.