Boxelder Bugs 101: How to Get Rid of These Pesky Pests

Boxelder Bugs 101: How to Get Rid of These Pesky Pests
Posted on December 17th, 2019 by Killers-admin 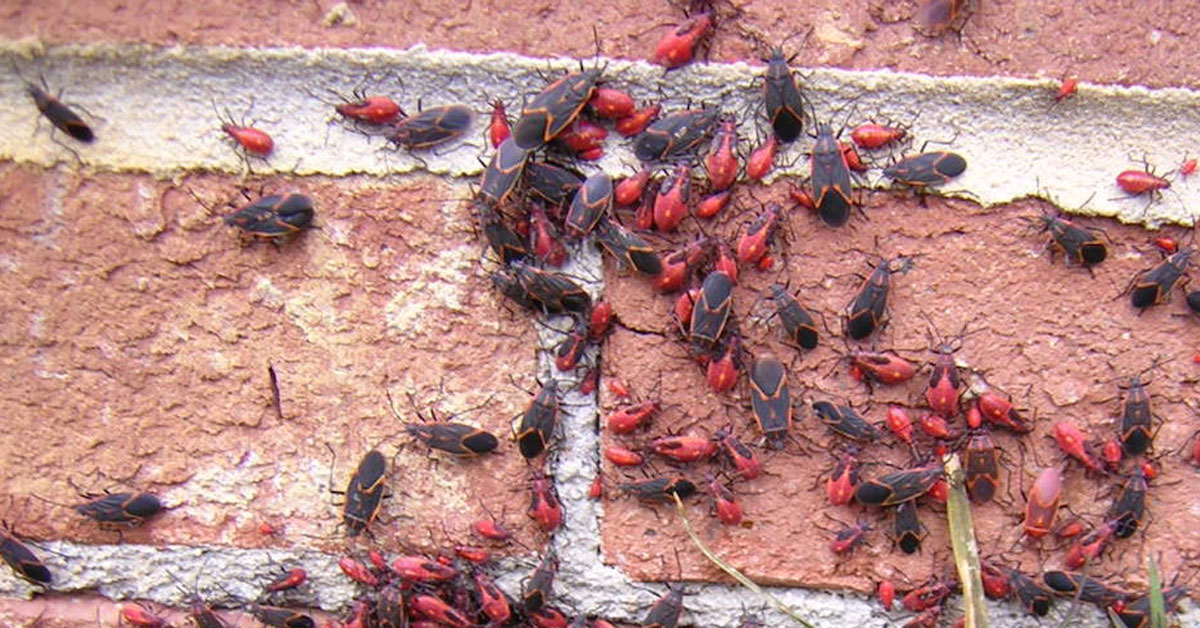 What Is a Boxelder Bug?

Boxelder bugs are named after boxelder trees, where they are often found feeding and laying eggs in the warmer months. They are generally harmless but are considered quite a nuisance as they invade homes in the colder months for shelter, where they typically remain inactive until Spring. When the weather does start to warm back up, you can often find them congregating in sunny areas on the sides of buildings or boxelder trees.

The thing to be careful about with the boxelder bug is that, like the commonly known stink bug, if you smash a boxelder bug, it will release a rather unpleasant odor. If you are ever unsure about what type of pest is invading your home and how to dispose of it, you can always call up your local pest control company in Vancouver, WA, to ask for tips or have them come and get rid of the bugs themselves.

Boxelder bugs have three stages of life: egg, nymph, and adult. The adults have a flattened, oval-shaped body that is about half an inch long and are black with red or orange markings on their back. The nymphs look similar to the adults, except they are slightly smaller and are bright reddish-orange because they don’t yet have the black wings to cover their abdomen.

Where Do Boxelder Bugs Come From?

The boxelder bug is native to the western United States, most specifically Nevada. Still, they can also often be found throughout many other parts of the states, as well as Canada.

The Habitat of Boxelder Bugs

In the Fall, the boxelder bug likes to congregate in warm areas where the sun hits, such as rocks, the sides of buildings, and trees. Once a large grouping of them has amassed, they will migrate towards places like homes and sheds, or any other type of building where they can stay warm for the winter.  It is for this reason that they are such a nuisance, as they will find whatever nook, cranny, and crack they can hide in to insulate themselves. Then, when the weather warms back up in the Spring, they will migrate back to the boxelder trees. They can sometimes even be found on maple and ash trees as well.

What are the Habits of Boxelder Bugs?

After emerging in the spring, the female bugs will lay eggs the color of straw. They typically will lay them in the bark on boxelder trees, but will sometimes lay them on other trees, in the grass, on stones, and even the in eaves of houses.

After the females lay the eggs, they will turn a bright reddish-orange color as the embryos develop and then hatch about two weeks later. Once they hatch, the young boxelder bugs, also called nymphs, will then feed on fallen boxelder seeds and newly formed leaves.

These pests are mostly considered a nuisance and are not harmful. However, while they are not known to bite, they do have a piercing mouthpart that can occasionally puncture the skin when handled. The puncture wound is tiny and painless for the most part and will present as similar to a mosquito bite with slight redness and irritation.

The most bothersome trait with boxelder bugs is the strong, unpleasant odor they release when they are smashed or handled roughly. Their fecal matter can also leave behind red stains on fabric, such as curtains, furniture, and clothing.

Do I Have a Boxelder Infestation?

Unlike cases with some other pests, it is relatively easy to spot a boxelder infestation. Even though they will hide in any cracks and crevices they can find, boxelder bugs are large enough that they are easy to spot, especially if they are attempting to hibernate in your windows and doors. These pests tend to be most noticeable, however, as the winter comes to an end, and they begin to emerge from their overwintering sites.

How Do I Get Rid of Boxelder Bugs?

The first plan of action when it comes to this type of pest is to consider prevention. If you take a few simple preventative measures, the chances of a home infestation will go down.

To prevent a boxelder infestation from occurring, you’ll want to use a residual insecticide. Spray it around the exterior walls of your home first. Then focus on the places where these pests like to hide, such as the eaves, attic vents, windows and doors, and any other crevices or points of entry where the bugs could enter.

Other Ways to Prevent Boxelder Bugs From Infesting Your Home

If you are uncomfortable handling an insecticide, there are other means to help prevent these pests from entering your home. Using a quality silicone or silicone-latex caulk, walk around your home to seal any cracks and crevices. You should also repair any holes in your window and door screens and install door sweeps on all exterior entrances.

How to Rid Your Home of a Boxelder Infestation

If boxelder bugs have already entered the home, do not attempt to kill them. Not only is the odor and stains they can leave behind unpleasant, but dead insects can also attract other pests, such as dermestid beetles.

Experts instead recommended using a vacuum cleaner to remove them. The bag can then be frozen to kill the bugs, or you can dispose of the bag somewhere outside of the home. This solution, however, is usually only a temporary one as the bugs will likely enter again if you do not take preventative measures.

How The Killers Pest Control Can Help

If you suspect a boxelder bug infestation, your best chance of preventing these pests from entering your home again is to contact your local exterminator or pest control company. Not only do they have the experience and knowhow to rid your home of these bothersome pests properly, but they can also help you with preventative measures, so the chances of an infestation happening again are less likely.

Call The Killers Pest Control in Vancouver, WA, today for a free estimate. Our experts will work with you to find the best pest control treatment plan for your specific needs and budget.

Learn More Today
A Whiff of Information: What to Do About Stink Bugs
|
How to Prevent a Rat Infestation