A Whiff of Information: What to Do About Stink Bugs

A Whiff of Information: What to Do About Stink Bugs
Posted on November 15th, 2019 by Killers-admin 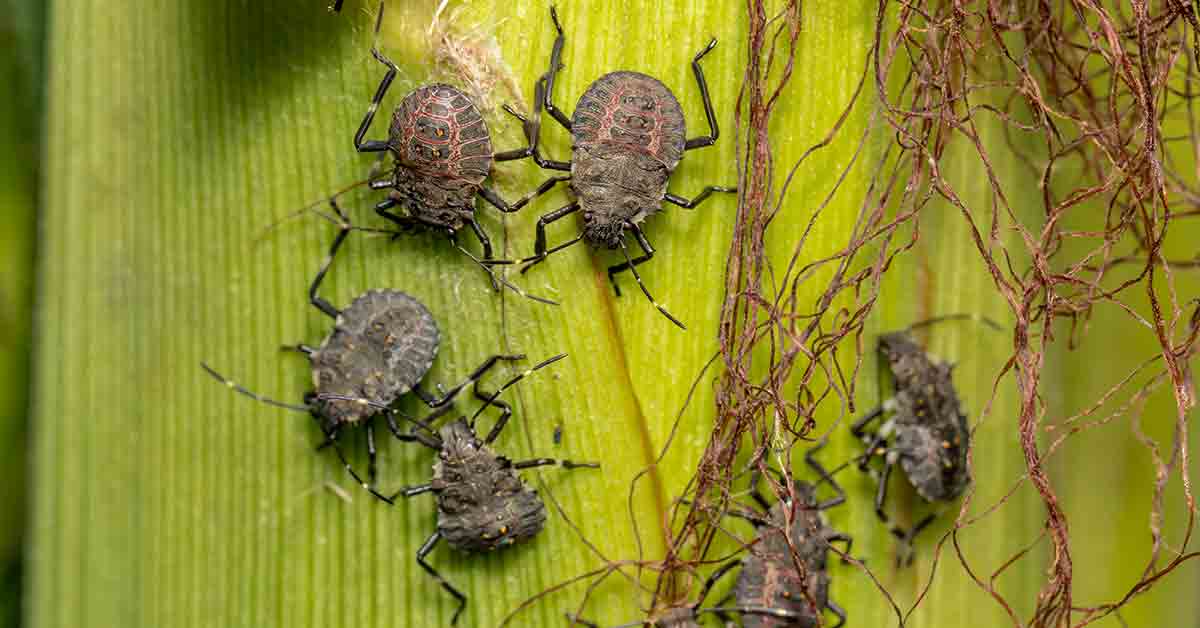 Stink Bug Infestation: Where Did They Come From?

It’s that time of year again. The temperature dropped. Everyone moved their afternoon and weekend activities indoors, but they’re not alone. When the temperatures drop outside, humans aren’t the only organisms driven indoors. This time of year really stinks for some homeowners due to the sudden influx of stink bugs looking for a warm respite. Some infestations are so troublesome that a call to a local pest control company is required.

Stink bugs, specifically brown marmorated stink bugs (BMSBs), are an invasive species. The first introduction to the United States occurred in 1996. According to the Penn State biology department, stink bugs traveled by shipping containers from northeast Asia to Allentown, Pennsylvania. The uninvited guests were unintentionally released into the local environment, and within five years, these bugs were recognized as an alien invasive species. By the early 2000s, large stink bug populations existed throughout Pennsylvania, New Jersey, and New York. So how did they get here in the Pacific Northwest?

In 2005, someone took a road trip from Pennsylvania to California. A couple of stink bugs hit the highway with an unsuspecting driver and started building up their numbers here on the west coast. Since 1996, the stink bug has spread to 35 states in the continental United States.

The Unique Abilities of the Brown Marmorated Stink Bug 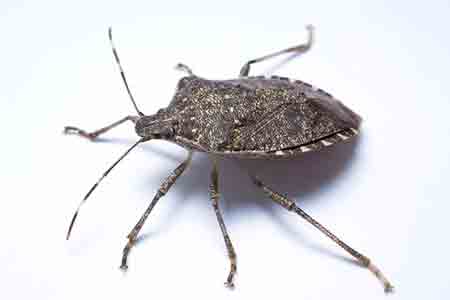 Stink bug infestations are annoying, at best. Call a professional pest control company to rid your home of these pests.

Stink bug infestations are difficult to eradicate. This difficulty is due to the unique biology of the stink bug, including its ability to communicate and overwinter.

Stink bugs hibernate during the winter. When homes become infested with stink bugs, it’s because the bugs are looking for a warm place to spend the winter. Some bugs die while hibernating, but most of them survive until spring and summer due to their ability to find protected spaces. Invasive stink bugs can withstand lower temperatures than native stink bugs, and this ability results in bigger population sizes of the invasive species. The brown marmorated stink bug will gather with other stink bugs and enter into hibernation for a long time, sometimes until late May.

Stink bugs communicate with each other through “songs” created by vibrations. The bugs create these vibrations with the abdominal movement. The vibrations transfer from substrate to substrate. For example, a stink bug vibrates. Then, this vibration is transferred to other stink bugs through leaves. Stink bugs even prefer some plants to others due to their enhanced ability to transmit their songs.

No. Brown marmorated stink bugs are not dangerous. They aren’t known to bite humans or damage homes, but they release an unpleasant odor when under stress. If a group of stink bugs selects a home for their overwintering, they can often be quite overwhelming. However, stink bugs destroy crops and are a threat to local agriculture, so large infestations should be addressed as soon as possible.

How to Prevent Stink Bug Infestations

Now that we have a bit of information about the brown marmorated stink bugs, it’s easier to come up with ways to prevent stink bug infestation. Here are a few tips:

To avoid a collection of sleeping stink bugs over the winter, make sure to seal all windows, doors, siding, pipes, and outlets outside. Check behind chimneys and other openings, as well. Use only high-quality caulk, such as caulk made from silicone or a combination of silicone and latex.

Any damaged window or door screens need replacing to prevent an infestation of stink bugs. Don’t delay; now’s the perfect time to prepare.

Make sure all food is stored in airtight containers. Regularly clean kitchen counters and sweep the floor to avoid providing a tasty meal to these invasive guests.

Stink bugs are less attracted to yellow bulbs than they are to brighter, white light. If a stink bug infestation is a recurring problem in the house, make sure to replace outdoor lightbulbs with yellow lights.

Make sure to keep bushes and trees properly trimmed. Additionally, ensure that firewood is stored at least twenty feet away from the house and five inches off of the ground to avoid providing a cozy home for these critters.

In addition to the above, homeowners should contact a reputable pest control company to treat their home in mid- to late fall to prevent a stink bug infestation. In the meantime, remove stinkbugs with a vacuum and be sure to dispose of the bag or canister immediately to avoid a lingering stench.

How Can The Killers Help?

The Killers Pest Control has over thirty years of pest control experience in the Portland metro area. However, The Killers believe that the term “pest control” is misleading. While considering the local environment and the customer, The Killers believe in pest elimination. The Killers Pest Control has a variety of different service packages available. The Diamond Service Package includes stink bug treatment and quarterly visits to prevent an infestation from common pests, including carpenter ants, spiders, fleas, and roaches. If the brown marmorated stink bug is making a home in your home, call today for a free inspection!

Learn More Today
Sugar Ants in Portland? Here’s What to Do
|
Boxelder Bugs 101: How to Get Rid of These Pesky Pests