The Facts On Box Elder Bugs

The Facts On Box Elder Bugs
Posted on June 20th, 2014 by Killers-admin 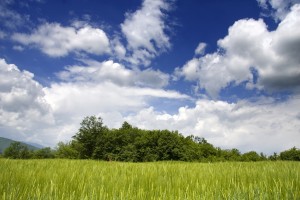 Box elder bugs are a common pest in the Pacific Northwest and can be a very annoying one at that. While it is unlikely that box elder bugs will cause any damage in or around your home, their large numbers can still get in your way and cause a few problems for you during your daily routines. If you get a bad box elder bug infestation, you will want to recruit the services of an expert who specializes in removing boxelder bugs in Portland so you won’t have to deal with them any longer. However, before you go about preparing for an invasion of box elder bugs, you should be educated on the most basic facts surrounding them. These facts can help you with treatments and prevention methods further on down the line.

During the summer months and winter months, you probably won’t see very many box elder bugs at all, unless your infestation is very bad. During the summer, the bugs like to fly out into the woods and trees to find food and mate. During the winter, they will be hibernating, as the weather is too cold for them. However, during the spring and early autumn, box elder bugs will be prominent. They will look for warmth and quick food after the winter months, so targeting a home is top priority for them. As the summer winds down, they will look for a safe place to hibernate for the winter. These areas include your home, and you can find box elder bugs crawling around your attic, behind the gutters, and in any cracks or gaps in your walls. They prefer dark, damp places, like most pests, so be aware and check often to make sure you do not have an invasion.

Box elder bugs are mostly black, but have hints of red and orange all around their bodies. The amount of additional color varies between the bugs, but it will typically be enough to stand out no matter what. Some, however, will only have the extra color underneath their wings when they fly around. They will usually sit in a cluster on your siding, so it will be easy to identify them. They vary in size as well depending on their age. The small ones are babies, then there are a few middle stages, followed by the final adult form. Look for them all over the home, as they are a common bug, especially in the heavily wooded areas of the Pacific Northwest.