5 Pests That Might Make You Sick
Posted on August 16th, 2018 by Killers-admin

Here Are 5 Pests That Could Cause Illness

Of the many reasons to call an exterminator, avoiding illness springs eventually springs to the mind of homeowners. Ignoring the fact that they can make a mess, they can make you itch, and they’re creepy and they’re crawly, some pests have the potential to make you physically ill. While the chances are that no pest is going to immediately make you or your family sick, there are a few pests worth knowing about. 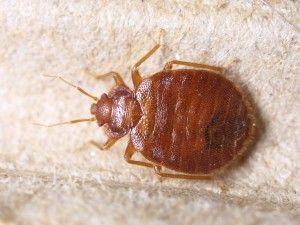 While bed bug bites can affect everyone differently, some folks might experience a negative reaction. Here, we list how to spot indications of bed bug bite allergic reactions.

Bed bug bites usually aren’t a health concern. But, a few folks might experience an allergic reaction and might require attention from a medical professional.

Bed bugs aren’t considered a public health or medical hazard. While they commonly are related to poor hygiene habits, the fact is that everyone is prone to an infestation of bed bugs. Bed bugs are especially drawn to larger cities because of the increased amount of human hosts in close proximity to each another. However, is it possible to become sick from them? Not directly. 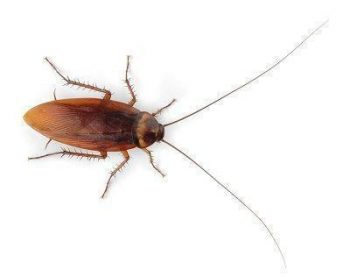 As you imagine cockroaches, connotations and images of poor hygiene and dirtiness come crawling to mind. However, did you know that they’re able to make you quite sick?

There are many diseases that are caused by cockroaches. What is vital to note is that they are not vectors for diseases yet mostly reservoirs. What that means is that unlike mosquitoes which transfer diseases through biting, cockroaches can transmit diseases through contamination, and they’ll virtually contaminate everything they come into contact with.

Below is a list of the main diseases that are spread by cockroaches: 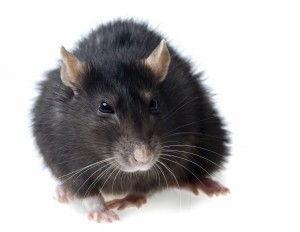 It isn’t uncommon, particularly in the winter season, to have an unenjoyable encounter with a rodent who made its way inside a house unwelcomed. However, what most folks don’t realize is that rodents may be a lot more than a nuisance. Rodents, like mice, rats, rabbits, and prairie dogs, are related to numerous health risks. As a matter of fact, mice and rats are notorious for spreading over 35 diseases. Such diseases may be spread directly to humans, through handling of dead or live rodents, via contact with rodent feces, saliva, or urine, and via rodent bites. Diseases that are carried by rodents also can be directly spread to humans through ticks, fleas, or mites which have fed on a rodent that was infected.

It’s especially a concern as the weather cools and they begin looking for warm, snug areas to overwinter – like our residences. According to the National Pest Management Association rodents invade around 21 million houses in the U.S. each winter, and squeeze through spaces as tiny as a nickel.

Droppings from rodents may trigger allergies, as well as transmit foodborne illness like salmonella, and as mice have the ability to drop as many as 25,000 fecal pellets every year, an estimated 70 times per day – prompt removal and prevention in case of an infestation is critical.

Here is a list of some of the most typical diseases related to rodents: plague, tularemia, lymphocytic choriomeningitis, and Hantavirus. 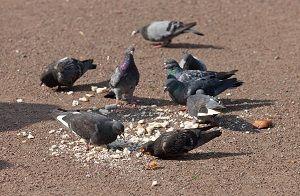 A bird’s capability of spreading an array of diseases is why a select bird species like gulls and pigeons are regarded as pests.

For a business, it may be a problem as it’ll put both customers and staff at risks, and generate a negative impact on staff retention, public opinion, and revenue. This may be especially problematic for businesses that operate in the food sector, as a bird infestation, in conjunction with the diseases birds spread, may conflict with food safety regulations and standards, which results in the outbreaks of food-borne diseases and contamination of food products.

The primary bird species that are responsible for spreading diseases include starlings, sparrows, gulls, and pigeons. 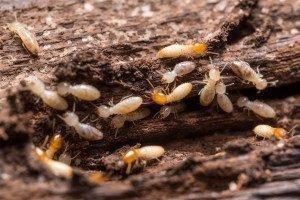 A termite colony has the ability to devour all wooden structures inside a house, which includes wood furniture, in 3 – 5 years. Even though termites are extremely destructive, their goal isn’t to hurt human beings. Instead, they want a consistent food source. But, they may be dangerous to human beings as a byproduct of pursuing their objectives. Below are 5 health hazards termites pose as they go about the business of consuming your home.

Soldier termites may sting or bite you if they feel threatened or are handled. Termite bites will not kill you; however, they can itch, burn, swell, and feel extremely painful, particularly if you’re predisposed to allergic reactions.

Their nests release dust and particles which may be spread about the house through your heating and AC systems. The airborne contaminants may be annoying to the ones who have allergies or asthma. Termite droppings and saliva also may cause allergic reactions in sensitive people or the ones who have low immune systems.

Their colonies generate pellets, typically called frass, which are wood-colored and appear like sawdust. As frass comes into contact with the skin, it may cause contact dermatitis and additional allergic reactions.

Mold may appear in houses in which termites have caused wooden buildings to decompose. Termites prefer humid, damp environments in which mold usually grows, and as termites chew or crawl through wood, they’ll spread mold as they go. It’s a fungus which produces spores. Spores may collect inside the indoor air, and they may cause health issues when inhaled.

Mold spores may cause weakness, migraine headaches, sore throat, cough, a runny nose, and burning eyes. Specific kinds of mold spores may cause fungal infections such as histoplasmosis and conditions such as hives and candida. As exposed to mold spores, the ones who have asthma may develop a sickness referred to as bronchiopulmonary aspergilloma that may generate cystic fibrosis symptoms. Molds even can release toxic compounds which cause neurological issues like memory loss.

Learn More Today
Profile of the Boxelder Bug
|
How to Get Wasps Under Control: From an Exterminator